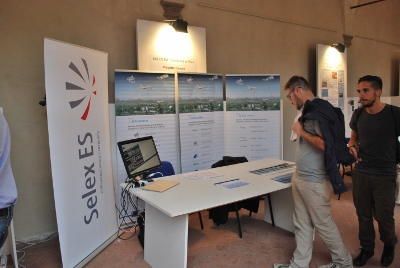 Pisa, 27 September 2013 - The researcher night is a mega event taking place every year on a single September night in about 300 cities all over Europe. As partner of the project FP7 SANDRA, the University of Pisa has invited Selex ES to show the main results of the project which has performed the flight trials onboard last June 2013. More than 500 people have visited the event: most of them were children, teenagers and general public.

SANDRA has captured the attention of the visitors through the video of the flight trials and some explanations about the tangible results achieved: the system has been successfully implemented on an Airbus A320 providing wide band capabilities for general purposes even during the flight.

People were favorably impressed by the fact that during the flight tests we succeeded in sending emails, browsing on the web, chatting via Skype etc. providing these features to all the people onboard (cabin crew included). Therefore the most frequently asked question has been: when this technology will be available for everyone?