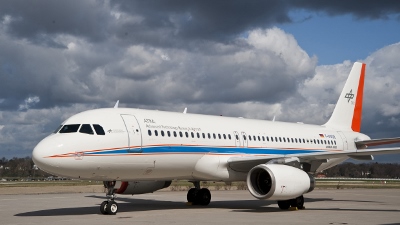 24-26th June 2013, Oberpfaffenhofen (Germany) - Flight trials have just been completed at the German Aerospace Center to test a new avionic communication system based on IPv6, modular and flexible radio architecture and multiple links.

It has been a “premiere”: for the first time the new datalink named AeroMACS devised by Action Plan 17 in conjunction with two legacy data links Inmarsat BGAN and VDL2, integrated on an IPv6 framework have been tested in real flight environment. Also seamless transmission of Air Traffic Services data took place on legacy links and on new IP based links by means of Mobile IP/SNDCF, which is an ICAO protocol originally designed for ground-ground networks.

DLR made available the Airbus A320 “ATRA” (Advanced Technology Research Aircraft) which was equipped with the SANDRA communication system. For the flight trials, three data links has been used: AeroMACS, BGAN and VDL2. Applications covering all avionic domain services were integrated and seamlessly transmitted over these data links and their performances were measured. It was tested seamless handovers between legacy (VDL2, BGAN) and non-legacy (AeroMACS) data links. An AeroMACS prototype network has been tested for air-ground communication during parking, departure and landing phases.

SANDRA will allow setting-up new Air Transport Management (ATM) services which envisage the exchange of vast amount of data; indeed the ATM paradigm will shift, in the next ten years, from voice communications between air traffic controllers and pilots to an air traffic control management system based on data communication among computers, where human intervention will be needed only for emergency events.

Most of the technical details and results will be published on www.sandra.aero after public deliverables will be approved by the European Commission. First results can be found in the open access book “Future Aeronautical Communications” accessible for free on www.intechweb.org.

"AeroMACS will provide broadband wireless data connectivity over airports, dedicated to aeronautical industry. SANDRA project has successfully demonstrated - for the very first time - the use of AeroMACS in an airport and on a commercial aircraft, and validated this technology also as part of the future IPv6 based mobile network " has said  Massimiliano Amirfeiz, of Selex ES Avionics Line of Business.

“At DLR we started with a vision of networking the sky about ten years ago. After the successful lab and flight trials of the SANDRA project, the SANDRA consortium paved the way for targeting IP based avionic communication in the next decade” declared Dr. Simon Plass, from the DLR Institute of Communications and Navigation.